The picturesque Hlučín region in the Czech Republic extends in the area full of fertile fields, green forests, and lakes. The Beskydy mountains spread along the eastern side of the region while the western side is rimmed by the mountain range Jeseník. The Hlučín region is situated in the northeast part of the Czech Republic, near the Czech-Polish border. Natural borders of the region are set by the river Odra on the southeast and by the river Opava on the south, and by the Czech-Polish border on the north.

The Hlučín region is important for its geographical location and for its historical development and impact on the history of the Czech Republic. The region that extends on the area of 316 km2 underwent a distinctive historical development. In 1742, the region with the biggest town named Hlučín experienced an indeed extraordinary shift in its economic and cultural development. The shift affected not only peoplesʼ lives but the culture and traditions of local settlement as well. Remnants of the past can be observed in the region even today. This part of the Ratiboř district with mostly Moravian speaking inhabitants (Moravians) joined the newly established Czechoslovak Republic in 1920. Because of the Munich Agreement, the Nazi Germany didn't merge Hlučín region with Sudetenland, however, it joined the Altreich in October 1938. Because of the occupation, men from the Hlučín region had to join the compulsory military service that caused a lot of grief and eventually ended up with hundreds of lives lost in the battle (Hlučín soldiers).

Apart from unspoiled nature, the Hlučín region is a place of many historical monuments, traditional craftsmanship, interesting architecture, and hardworking, hospitable and friendly natives.

The biggest city in the region is the town of Hlučín. Itʼs also a cultural and business center of the region. The town was founded in 1256 by the Czech King Přemysl Otakar II on a “green meadow”. Picturesque scenery of the surrounding nature, as well as its historical monuments, highlight the key role of the city in regional tourism. It is situated at the meeting point of Ostrava and Opava and itʼs close to the Polish border. Its location guarantees an easy interaction with surrounding regions and neighboring states (mainly the Republic of Poland and the Slovak Republic).

The cultural and economic development of the area that extended on 316 km2 changed radically when it became a part of the Prussian State in 1742. The biggest settlement in the area was Hlučín town.

This part of the Ratiboř district with mostly Moravian speaking inhabitants (Moravians) joined the newly established Czechoslovak Republic in 1920. Because of the Munich Agreement, the Nazi Germany didn't merge Hlučín region with Sudetenland, however, it joined the Altreich in October 1938. 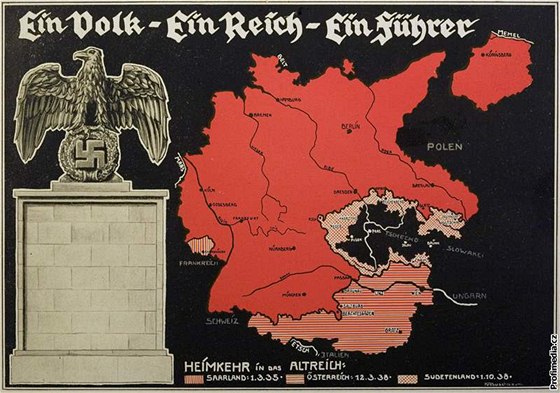 The region of Hlučín holds a lot of interesting evidence of the traditional folklore and culture, that reflect the lives of its inhabitants in the past, e.g. an old farm from the 19th century in Rohov, a wooden log cabin in Markvartovice, old granaries that can be seen in Rohov, Chuchelná, Kobeřice, Strahovice, etc. The region annually hosts various traditional festivities preceded by a long and interesting history, such as Dožínky (Slavic harvest festival) in Bohuslavice, Dolní Benešov, and Hať, the Christian Indulgence festivities (a festival of the patron saint of a local church) regularly hosted in Píšť, Kravaře, Kobeřice, and the Kermesse Festival (celebration of a foundation of a church) in Dolní Benešov and Hlučín.

A festival called „Hunt for the King” is regularly held in Lhotka - a city borough of a statutory city of Ostrava. The Hunt for the King is a reconstruction of chasing and seizing of a Swedish king during The Thirty Yearsʼ War. A folklore festival “KOLAJA” hosted in Hať on a regular basis hosts performances of many folklore ensembles from the area of Hlučín and nearby regions. We'll be happy to see you at one of the above-mentioned festivals and do not forget to taste our delicious Hlučin pastry.